Seagate Introduces AMD EPYC-Based Exos Application Platform: Up To 1.344PB in 5U 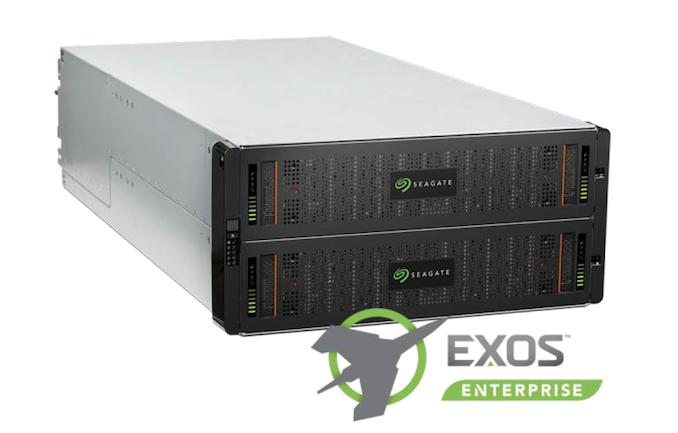 Seagate's Application Platform (AP) series of servers have targeted the market segments requiring tightly coupled storage and compute capabilities. The currently available SKUs - The Exos AP series with HDDs, and Nytro AP series with SSDs - are all based on Intel CPUs. That is changing today with the introduction of the Seagate Exos AP 5U84 based on the AMD EPYC Embedded 7292P processor. 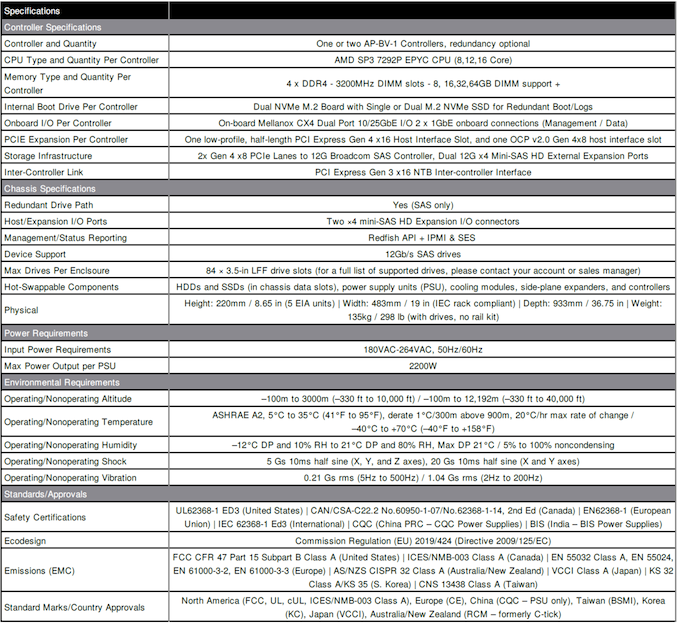 The Exos AP 5U84 equipped with the 2nd Gen. AMD EPYC platform enables a high-density building block for private clouds and on-premises equipment, with 84 3.5" HDD bays capable of storing up to 1.344PB (using Exos X16 HDDs) in a 5U form-factor. Capacity can further be expanded with EXOS E SAS expansion units. The platform includes redundancy options and all the other enterprise reliability functions expected in a storage / compute server. Networking with other rack components is enabled by dual port 25GbE controllers. The server processor can be configured for core counts of 8, 12, or 16 depending on required application compute requirements. The EPYC Embedded 7292P processor also include PCIe 4 lanes capable of delivering 200GbE network connectivity, if required.

Overall, the core count advantage and per-core power efficiency delivered by EPYC processors make it an ideal addition to Seagate's AP series. Given AMD's steady capturing of the server market, it doesn't come as a surprise to see the AMD EPYC Embedded 7292P getting adopted in the storage market.