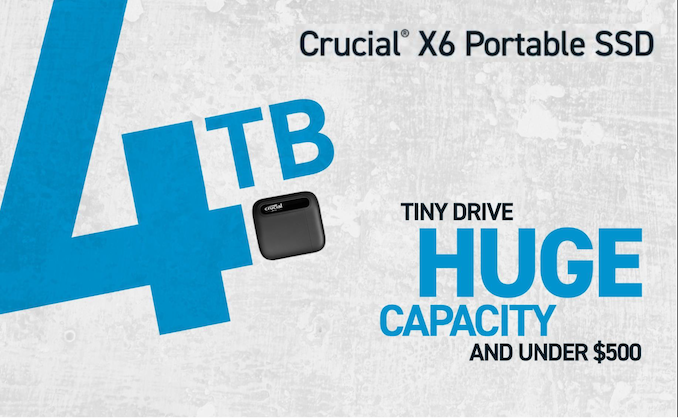 Crucial introduced the X6 Portable SSD last year as an entry-level alternative to their NVMe-based X8 Portable SSD. Launched in capacities of up to 2TB, the X6 adopted a 96L 3D TLC version of the BX500 SATA SSD along with an ASMedia ASM235CM SATA to USB 3.2 Gen 1 bridge chip. Today, the company is launching a unique high-performance product in the external SSD space within the same X6 family.

Direct flash-to-USB controllers have traditionally been used only in thumb drives, where compactness is the primary feature. These controllers present a number of advantages including significant reduction in bill-of-materials (BOM) cost and overall device power consumption. However, such controllers have typically been restricted to speeds of around 400MBps. Taking advantage of the USB 3.2 Gen 2 and Gen 2x2 interfaces, Phison introduced a couple of high-speed flash controllers with a direct USB interface at CES 2021. The U17, sporting a USB 3.2 Gen 2 (10Gbps) upstream interface and a 2-channel 1200 MT/s downstream NAND interface, is the one on which Crucial's Portable SSD 4TB is based. 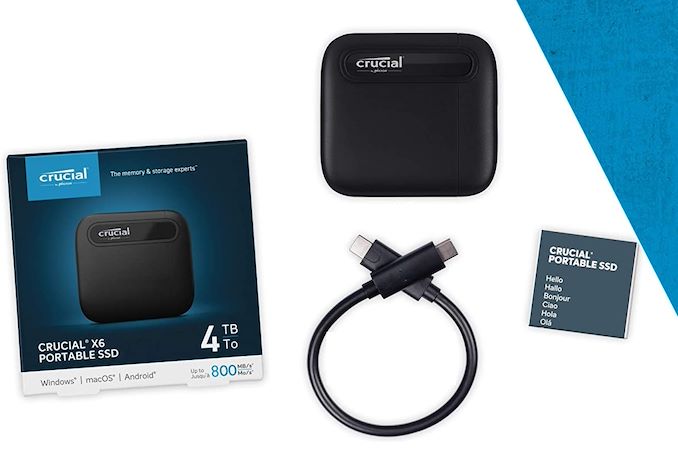 Crucial claims speeds of up to 800MBps for both reads and writes. This is significantly higher than the 540 MBps numbers possible with the SATA-based external SSDs. Officially, the X6 drives have 'Micron 3D NAND' and there is no specification of the generation / layer count. However, Crucial indicated that the X6 4TB drives being shipped today come with 96L Micron 3D NAND (QLC). As is usual with Micron / Crucial, it is likely that the NAND generation may get updated in the future to allow Micron to offer even lower price points.

The new 4TB X6 Portable SSD is priced at $490. At this price point, it compares quite favorably with the other QLC-based external SSDs such as the Sabrent XTRM-Q (though the latter comes with a Thunderbolt interface). The other 4TB external SSDs in the market are from Western Digital, with prices ranging from $680 to $750. Given their 3D TLC flash and the usage of a NVMe drive behind a bridge chip, they can offer much better performance, endurance, and additional flexibility (such as the ability to salvage the internal SSD in the case of a bridge chip failure) for professional use-cases. However, for the average consumer, the price per GB as well as price to performance ratio are both in Crucial's favor with the new X6 Portable SSD based on the Phison U17 controller.