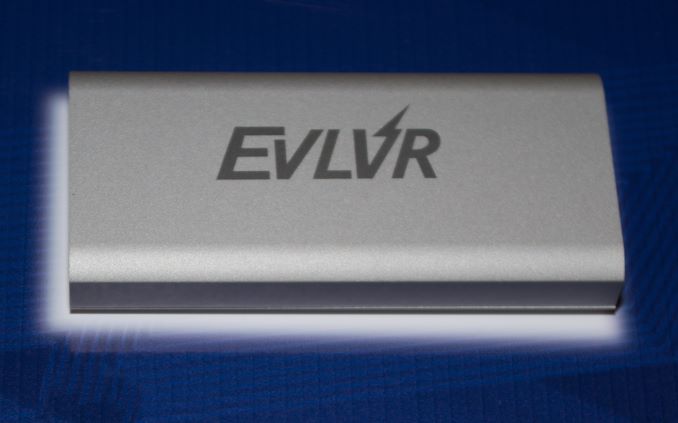 At this year's CES, Patriot has introduced an enhanced version of its EVLVR (Evolver) Thunderbolt 3 external SSD. The new drive is set to offer radically improved sequential read/write performance versus the earlier EVLVR, and will come in capacities of up to 2 TB.

The Patriot EVLVR 2 Thunderbolt 3 SSDs come in a new candybar aluminum chassis with rounded edges that seems to have dimensions similar to the original EVLVR (10.1cm (L) × 4.6cm (W) × 1.1cm (H)). The chassis is big enough to house an M.2-2280 SSD based on Phison’s PS5012-E12 controller, using a PCIe 3.0 x4 connection to bridge theSSD to the Intel Thunderbolt 3 controller.

Patriot’s original EVLVR was based on Phison’s PS5008-E8 chip, which a low-cost controller featuring four NAND channels and a PCIe 3.0 x2 interface. As a result, the upgrade of the EVLVR2 to the high-end Phison PS5012-E12 featuring eight NAND channels and a PCIe 3.0 x4 interface should greatly boost the performance of the new drives. Officially, Patriot is claiming that the drive can hit sequential read speeds of up to 2.85 GB/s, while sequential writes will top out at 2.6 GB/s.

Patriot plans to offer its EVLVR 2 external SSDs in capacities of up to 2 TB, up from a maximum capacity of 1 TB in case of the original model. Though we'll have to wait and see just what the company will be charging for these capacities; the company is not announcing when it plans to start selling the new drive. 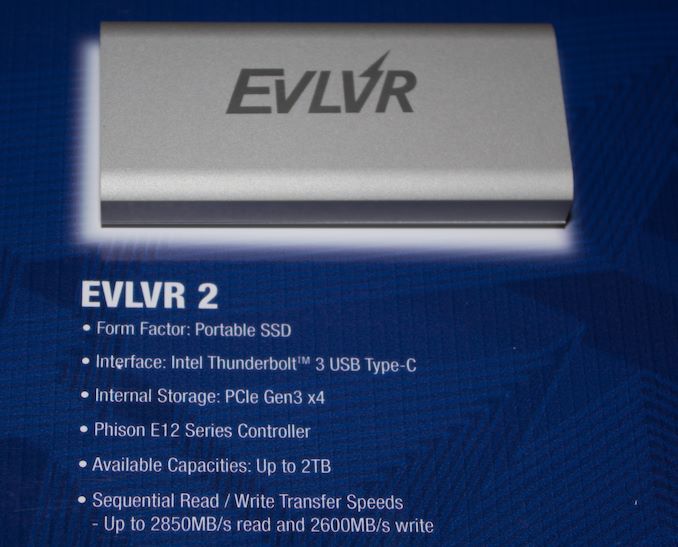